Over the past decade, Addam Yekutieli/Know Hope has developed a visual iconography and language mirroring real-life situations and observations to express the notion of a collective human struggle.

By creating parallels between political situations and emotional conditions, the artist portrays the political process and dialogue as an emotional mechanism, making it comprehensible intuitively rather than solely intellectually.

These portrayals take place both indoors and outdoors, in the form of site-specific installations, murals and assemblages, combining ready-made materials, mixed media pieces, photographs and text.

By placing these works in public spaces, Know Hope attempts to overcome the separation between the emotional and the political, and to allow viewers to see themselves in the larger context of their surroundings by simple mutual acknowledgment.

Yekutieli has worked and exhibited internationally and has projects and exhibitions planned in London and Tel Aviv. 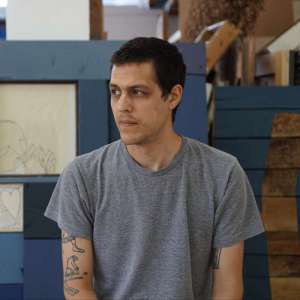 Certificate of Identity
You would like to be adviced? Callback Service
Secure payment methods via PayPal, bank transfer, Visa Card, Master Card,
Reday to ship within 7 days
Insured shipping